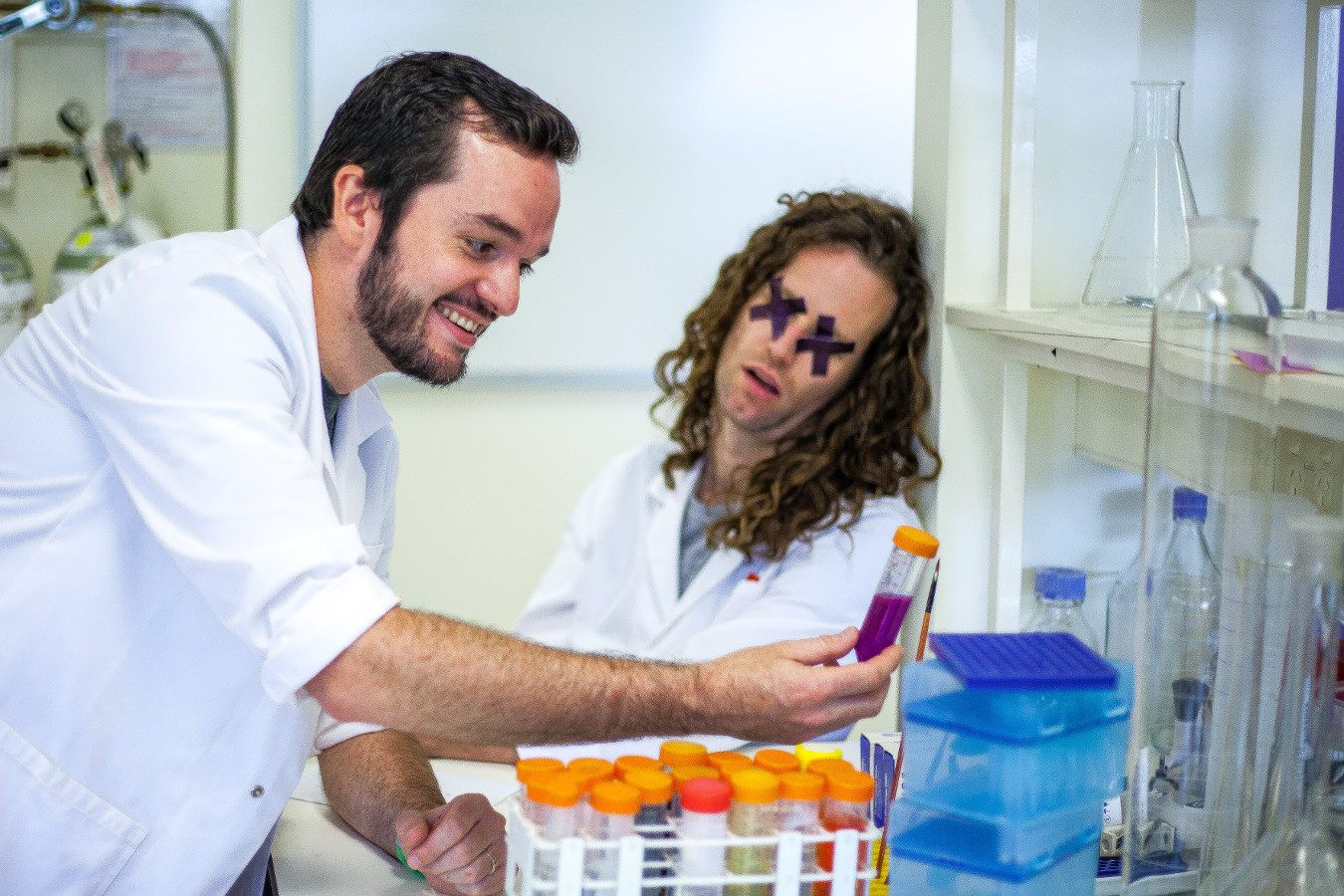 Why You’re Not Dead Yet [National Science Week]

Returning after a sell-out debut run at the Melbourne International Comedy Festival 2018, Why You’re Not Dead Yet is an infotainment/storytelling/comedy mash performed by David Farmer, a Scottish (but also Australian) neuroscientist and Jackson Voorhaar, an eight-time Melbourne International Comedy Festival & two-time Edinburgh Fringe comedy veteran.

The show consists of Dave giving a comedic informational talk, aimed at the layperson, on the subconscious functions of the brain stem – Dave’s particular area of expertise – with detours into the origin of Frankenstein, the 18th century Italians that invented the battery by accident, and Dave’s insecurity in party settings. All the while, this information is filtered through Jackson’s, non-scientific comedy mind to help disseminate the information to the layidiot. Thanks for not laughing at disseminate.