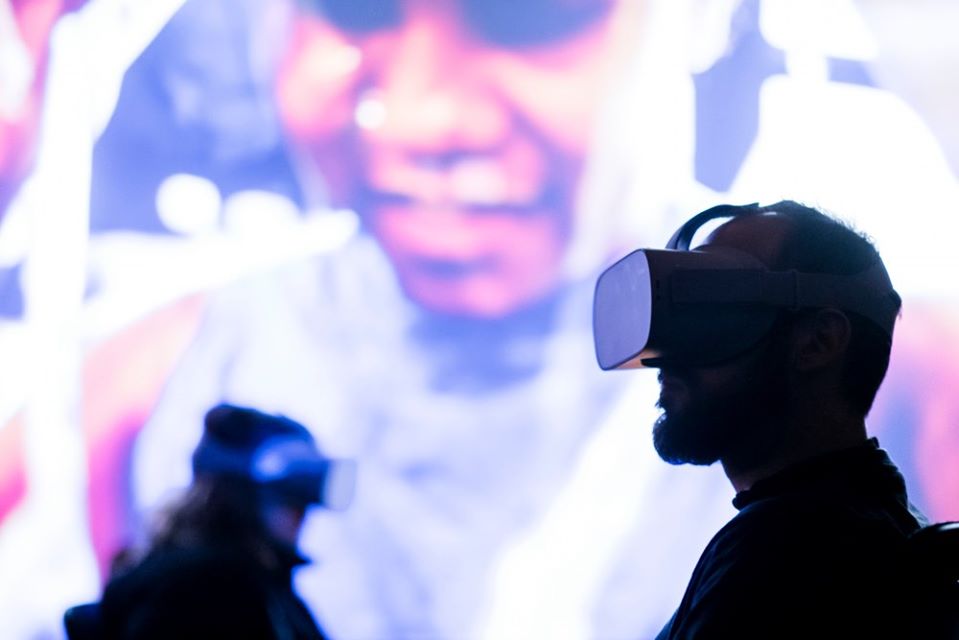 TICKETS
$5 (Includes Panel Talk + Q&A + Networking).
We recommend booking online as this event will book out.

Ben drives innovation in applied and interactive technology; developing experiences, products, and services that exist at the cutting edge of creativity.

Ben has always had a passion for making. His love for design, music, programming, physical fabrication and game-development earned him a Bachelor in Creative Technologies. It was through this degree that Ben learned that the amalgamation of traditionally-separate practices is what leads to truly creative work. Nakatomi executes this ethos of ‘creative overlap’ in everything they do and it has been the perfect environment for Ben to work on an array of groundbreaking work.

Most notably, Ben and his team partnered with BWM Dentsu Sydney to create Project Revoice – a ground-breaking campaign that saw a breakthrough in speech technology creatively utilised for people living with ALS (Motor Neuron Disease). Project Revoice won a D&AD Black Pencil, Gold Lion at the Cannes Lions Festival of Creativity and went on to win the Grand Prix for Good, setting the benchmark for outstanding charity work. Ben and his team also developed Category 5 – a fully interactive and immersive VR training experience that serves as a recruitment tool for the Australian Defence Force. Category 5 won a Grand Effie in 2018 for Long Term Effects, showing the significant impact well-executed VR campaigns can have.

Ben and his team also created the beautifully intensive and haunting VR experience ‘Bayi Gardiya’ (Singing Desert). Built-in collaboration with one of Australia’s most renowned Indigenous artists, Christian Thompson. The VR experience exists as a celebration of a culture and an insight into the power of VR to tell emotional stories. These achievements are fuelled by Ben’s desire to operate in the unknown and to constantly challenge one’s reality.

Cristina Margherita Napoleone is a multi-disciplinary artist living and working in Melbourne on Woiworung and Boonwurrung country. She has a background in geography with emphases in environmental ethics, post-humanism, and climate communication from the University of Melbourne and the University of California, Berkeley.
Cristina’s studies have informed her work in virtual and mixed reality, live audio-visual projections, photography, and writing.

She frequently collaborates with San Francisco based Emergence Magazine and Go Project Films on a variety of projects, including an immersive VR botanical installation for Austin’s SXSW in 2018 for the award-winning Sanctuaries of Silence. In January 2020, Cristina founded TERRAIN Projects, an initiative that creates playful physical and digital spaces to remind humans that they are embedded in a more-than-human world. As digital projects of TERRAIN, Cristina is currently in post-production of a VR animated short film on snow leopard conservation and in pre-production for on an online real-time strategy game emphasising climate change innovation with an early access public demo sometime this year.

Lester Francois is a filmmaker working across many formats including VR. In 2018 his award-winning interactive VR documentary RONE premiered at SXSW and went on to screen at Cannes NEXT, the New York International Film Festival and many more.

Since making RONE Lester has made three more VR street art documentaries and was flown to South Africa to direct a series of short VR arts docs for an exhibition in Soho, London.

Named a 2018 ‘One to Watch’ by Screen Producers Australia; Lester is currently developing a slate of VR projects and has received development funding through Screen Australia and Film Victoria for his next major VR documentary “The Fun of Fear”.

Lester is a 2019 SPA award winner and an Australian Directors Guild nominee. He has spoken at SXSW, Future Film Festival, Real World VR and The Melbourne International Film Festival.

Nicola Petrides is lead producer/cinematographer for Rat & Dragon having produced fiction, documentary, commercial films and photography for TV, cinema, web and print in over 20 countries. Her love of a slightly twisted tale means she’s always looking for that dark thread to pull from a story and ensures her productions are multi-layered in meaning, and an adventure to behold.

Nicola was responsible for filming the integral Future Dreaming 6 part documentary series on SBS which ties the VR piece into the broader context of reality surrounding life as a youth in remote WA filmed in Melbourne, Roebourne and New York throughout 2018 and 2019. Nicola represented Sutu and the Heart of Darkness team at the Raindance Film Fest in 2019 documenting its public screenings at Raindance and on Federation Square.