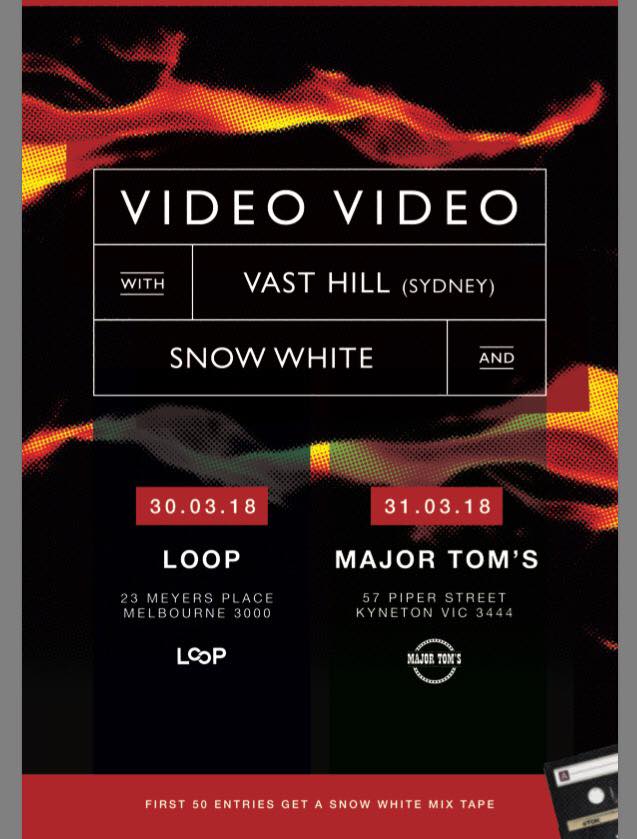 VIDEO VIDEO ARE TAKING A BREAK FROM RECORDING THEIR SECOND ALBUM TO RETURN TO THE LIVE SCENE FOR A COUPLE OF RARE SHOWS THIS EASTER !!! WITH SUPPORT FROM SYDNEY SYNTH DUO VAST HILL

A live powerhouse on the stage and in the studio , their arsenal of Synths and Vocals have called forth lovers of Synth Wave all over the world through the stratosphere of Cyber Space.

Kicking off their project in 2015 with “Will You Love Me In The Rain”, the duo continues to work on more material that will take you back to the 80s in a slick DeLorean.