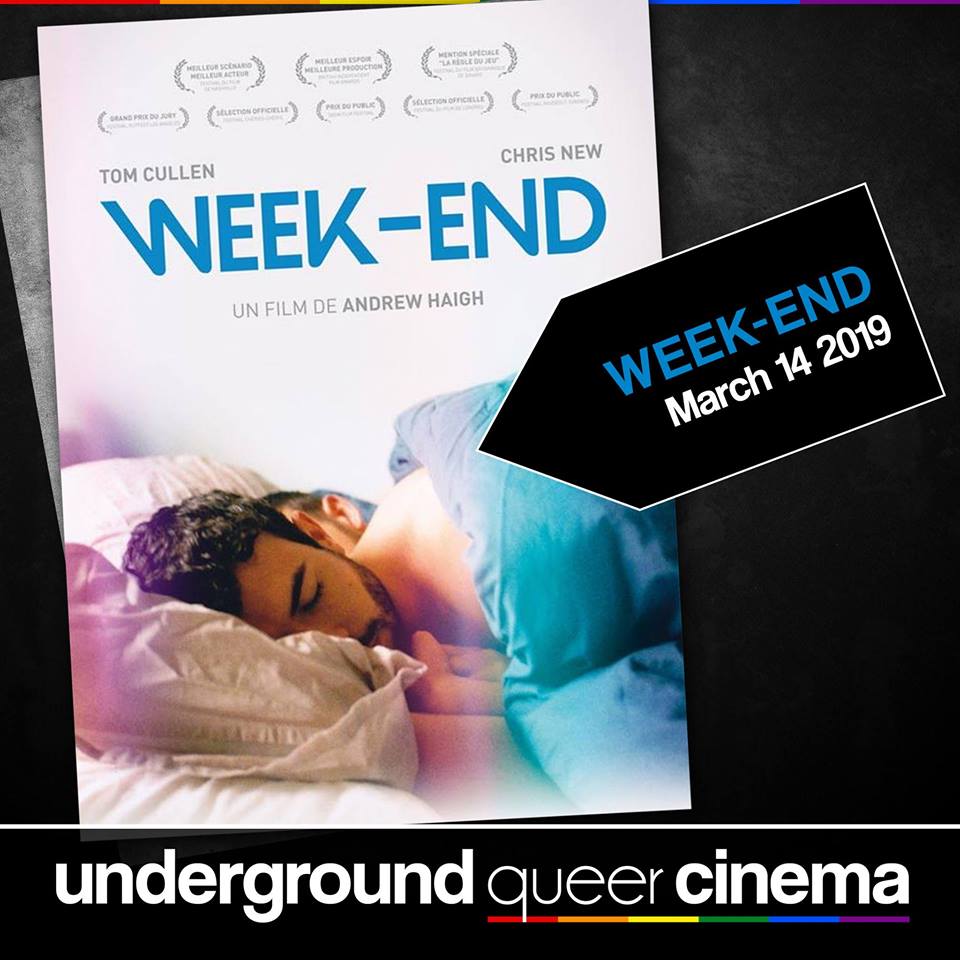 Join us at Loop Bar for drinks and a screening of Andrew Haigh’s brilliant British queer film “Weekend”.

Plot: After a drunken house party with his straight mates, Russell heads out to a gay club. Just before closing time he picks up Glen but what’s expected to be just a one-night stand becomes something else, something special.

“Bittersweet, achingly authentic, and so intimate it almost feels invasive.” – The A.V. Club