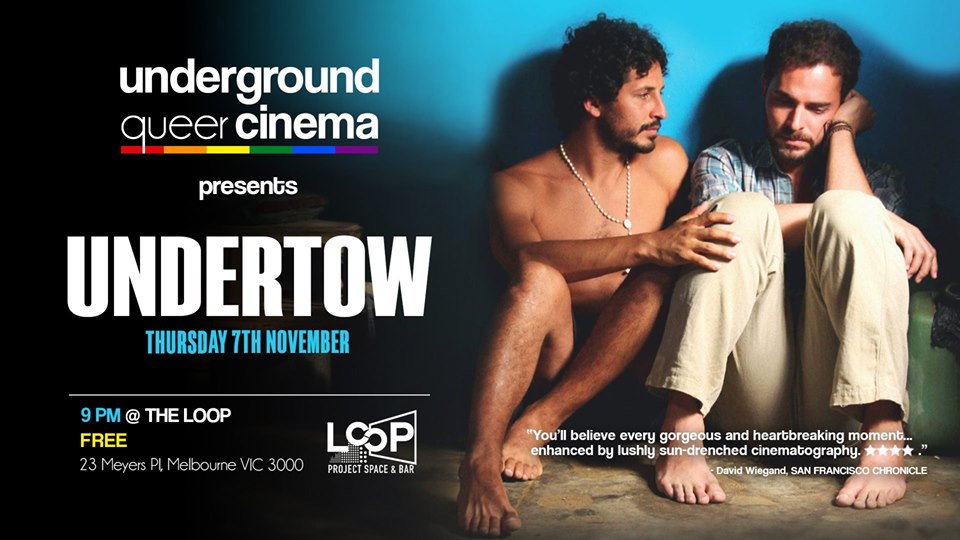 Join us for drinks and a screening of the beautifully made and under-seen Peruvian queer drama “Undertow”.

Miguel, a respected local fisherman, is expecting his first child with his wife, Mariela. However, their peaceful existence is threatened by Miguel’s love for Santiago, a visiting artist whose presence is viewed as a threat by the villagers. When a fatal accident befalls the community, Miguel is faced with hiding his true feelings or coming to terms with who he is and risk losing everything.
Winner of the Sundance Film Festival 2010 Audience award, Undertow is a bittersweet tale of lost love, set against the backdrop of Peru’s stunning coastline.

“A drama as beautifully filmed as it is finely detailed, Undertow is a wonderfully unique love story with a touch of magic.” – Rotten Tomatoes

“Right from the start of Undertow, writer-director Javier Fuentes-Leon refuses to reduce any of his characters to clichés, which gives the film its fresh, captivating power.” – Miami Herald