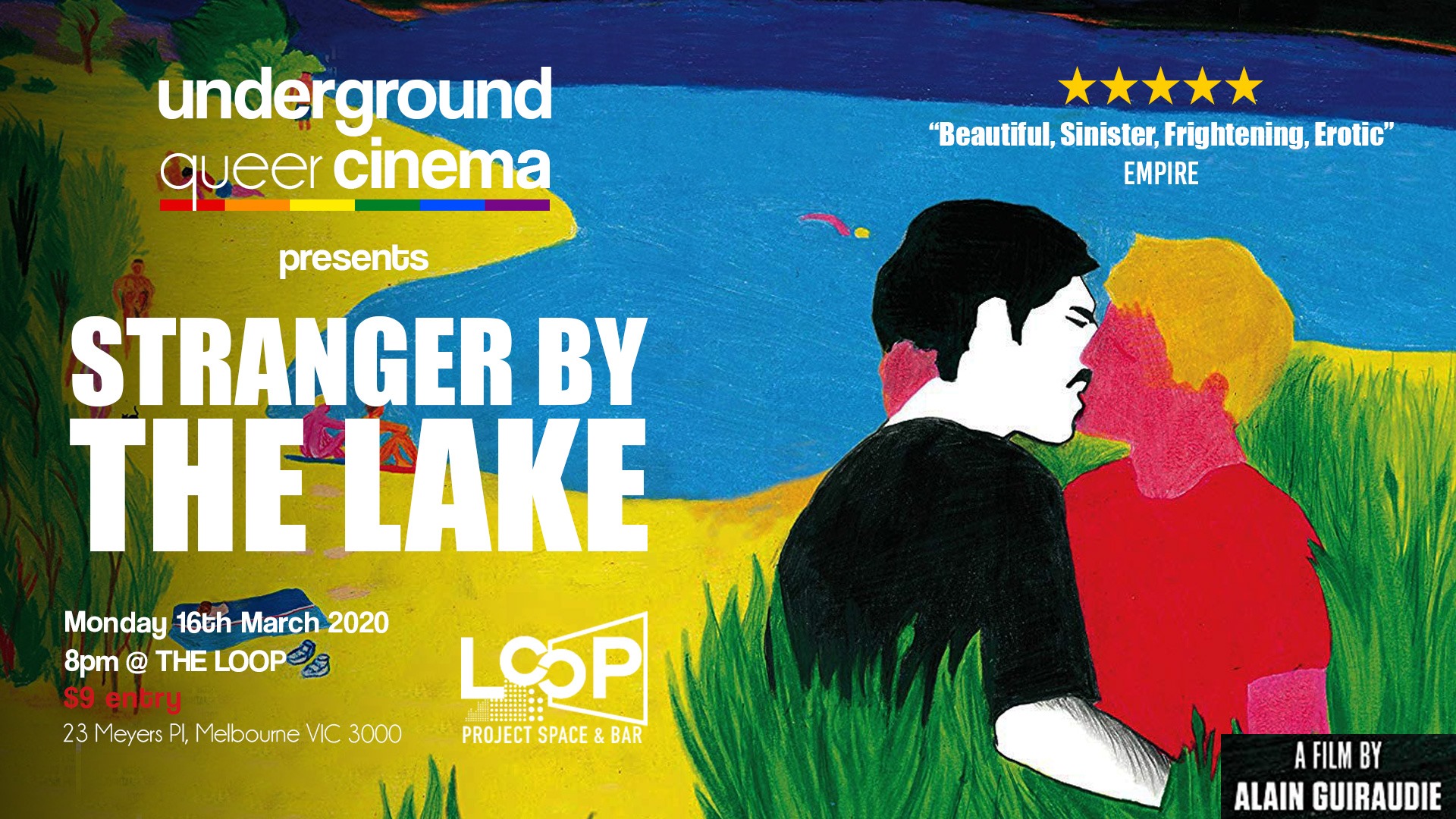 Join us for drinks and a screening of “Stranger By The Lake”, a chillingly seductive psychological thriller full of razor-sharp suspense and an abundance of stylish eroticism.

“A compellingly eerie tale of identity, self-loathing, death and sex in a world we rarely see portrayed in film.” – Daily Grindhouse