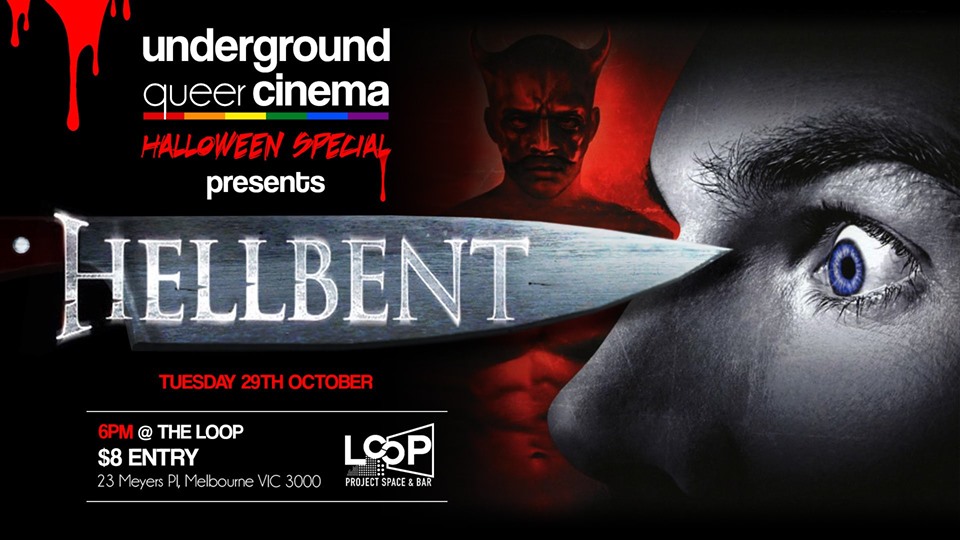 Join us for drinks and a special Halloween screening of the first queer slasher film ever made! From the co-creator of Halloween and producer of A Nightmare on Elm Street: we bring you HellBent!

Taking place at the famed West Hollywood Halloween Carnival, there is a serial killer on the loose. A group of four friends will have to fight for their lives to make it through the night.

“This throwback to 1970’s horror has a queer twist that makes it one of the most enjoyably crowd-pleasing fright flicks in ages. Deeply, blackly hilarious, it deserves to be a cult classic all its own.” – Shadows On The Wall

“HellBent is a queer slasher film with gorgeous bodies on display, but it lets us know that it has a brain as well.” – Slant Magazine