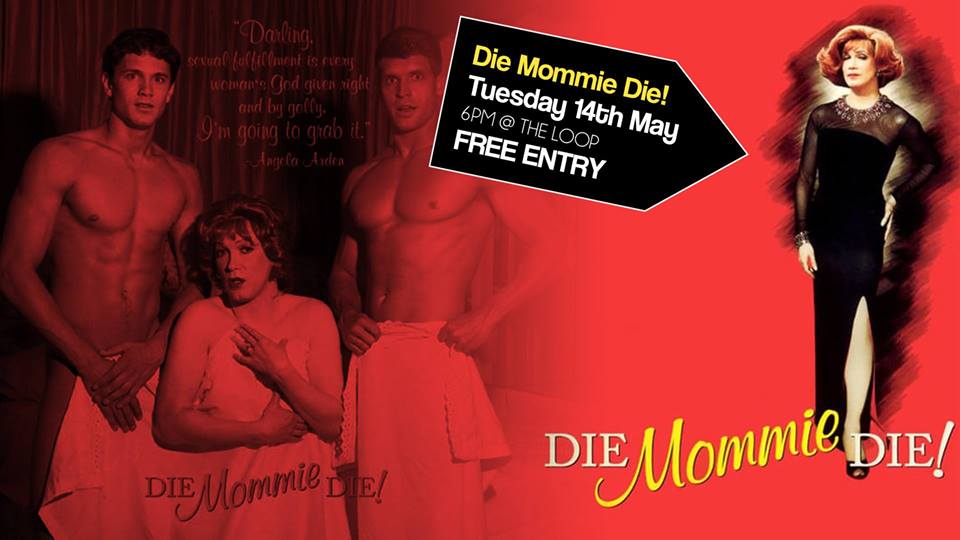 Join us at Loop Bar for drinks and a screening of Charles Busch’s hilarious queer comedy “Die, Mommie, Die!”.

Plot: Angela Arden is a faded pop diva. When Sol, Angela’s husband, discovers that she’s having an affair with tennis pro, gigolo and failed actor, Tony, Angela calculatedly offs him with a poisoned suppository, or does she? What follows is a hilarious mixture of who dunits and double-crossings involving the family maid, Angela and Sol’s spoiled, vampy daughter and their boy-toy son.

“With his hilarious spoof Die Mommie Die! Charles Busch takes the melodramatic woman’s picture of the ’40s and ’50s to delirious extremes.” – The L.A. Times

“Doing for the cheesier Ross Hunter-style bigscreen soaps of the early/mid-’60s what “Far From Heaven” did for the plush Douglas Sirk melodramas of a decade earlier — albeit with tongue planted much further in cheek — writer/star Charles Busch’s Die Mommie Die! is an enjoyable genre homage-cum-parody.” – Variety