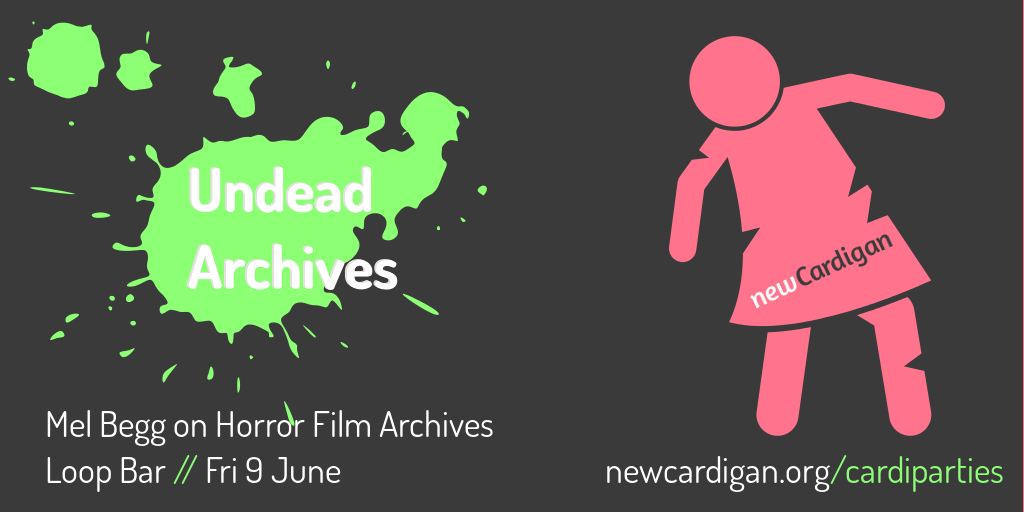 Melissa is a new professional in the archive sector who has managed to build up quite a resume in a short period. After completing her honours in film studies, she went on to study Masters in Information Management with a specific focus on audiovisual archives. A love of genre film led her to the Hugh M Hefner Moving Image Archive at the University of Southern California in Los Angeles, which happens to be the custodian of content created by a number of talented horror director’s learning their craft. Melissa currently spends her time as News Librarian for Channel 9, working exhibitions / cinema at ACMI, operations co-ordinator at Monster Fest film festival and co-organising the Melbourne Horror Film Society.

Melissa has blended her love of horror and zest for exposing and sharing treasures from the archives. She will be talking about her passion-project to screen content from the Hugh M Hefner archive to the Melbourne Horror Film Society, focusing in particular on the mutual benefits that can come about from collaboration and pro-actively developing and nurturing professional relationships with shared objectives.

As part of her talk, Melissa will be screening a short film from the HMH archive – CAPTAIN VOYEUR. Written and directed by esteemed horror director, John Carpenter in 1969, this student film was selected for preservation by the US National Film Preservation Foundation because of its historical significance in showing Carpenter’s development as a filmmaker. Rarely seen outside of the film archive at the University of Southern California, we’ve been assured it’s not to be missed!