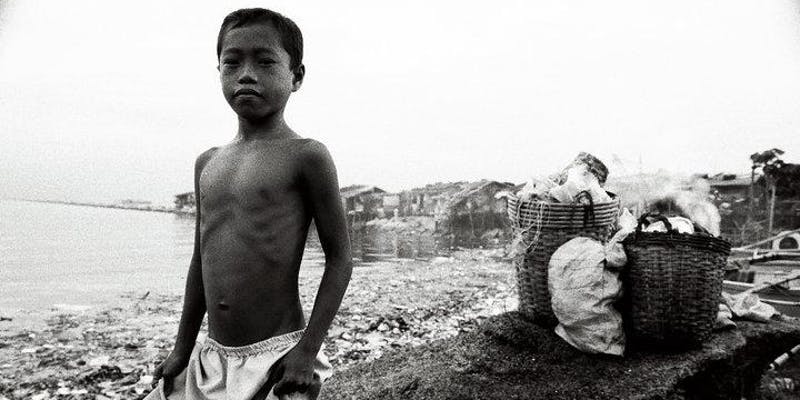 Hapon is an 8-year-old survivor in the slums of modern Manila, scratching out an improvised existence at the margins of society. This rawly shot documentary follows Hapon and his mates as they swagger around their dilapidated universe. Featuring a punk-rock score by director Khavn’s band the Brockas, the soundtrack is loud if not deafening. And not in vogue. Director Khavn, the enfant terrible of Filipino cinema, brings us back to the ‘no future’ eighties of authentic anarchic punk. But it is consistent in its style of black-and-white images and its rhythmic montage that is clearly driven by the music-based soundtrack.

Squatterpunk is a daring and adventurous film shot in a neighbourhood where police protection is rare. The film, energetic and funny in a place that is supposed to be depressing, does not exactly fit into the social awareness approach of a direct cinema documentary. In comparison to Khavn’s ironic collage aesthetic that characterises much of his filmography, this one is crystal clear if not neat. Perhaps only in comparison with his other, sometimes exuberant, experiments. By any other standard, it is a wild and pulsating film.

REGISTER:
Limited spots are available, please only register on Eventbrite if you can make it: https://www.eventbrite.com.au/e/squatterpunk-2007-free-film-screening-tickets-64404047239