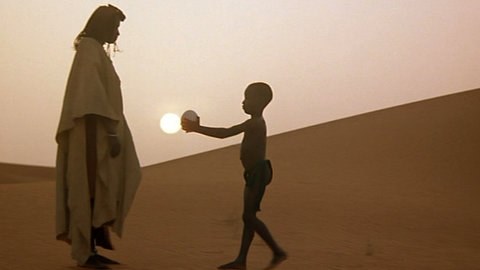 I SEE YOU presents a free screening of Yeelen (1987) at Loop Project Space and Bar.

Yeelen tells the story of a young man with magical powers who journeys to his uncle to request help in fighting his sorcerer father. Written and directed by Souleymane Cissé, Yeelen (Bambara for “Brightness” or “Light”) is a Malian film and based on a legend told by Bambara people. Yeelen was awarded the Jury Prize at the 1987 Cannes Film Festival.

Loop Project Space and Bar is wheelchair accessible and equipped with accessible and all gender toilets. The film is in Bambara and Fula languages with English subtitles.

I SEE YOU acknowledge that this event takes place on the land of the Wurundjeri people of the Kulin Nation and that sovereignty was never ceded. We pay our respects to Elders past, present and emerging.