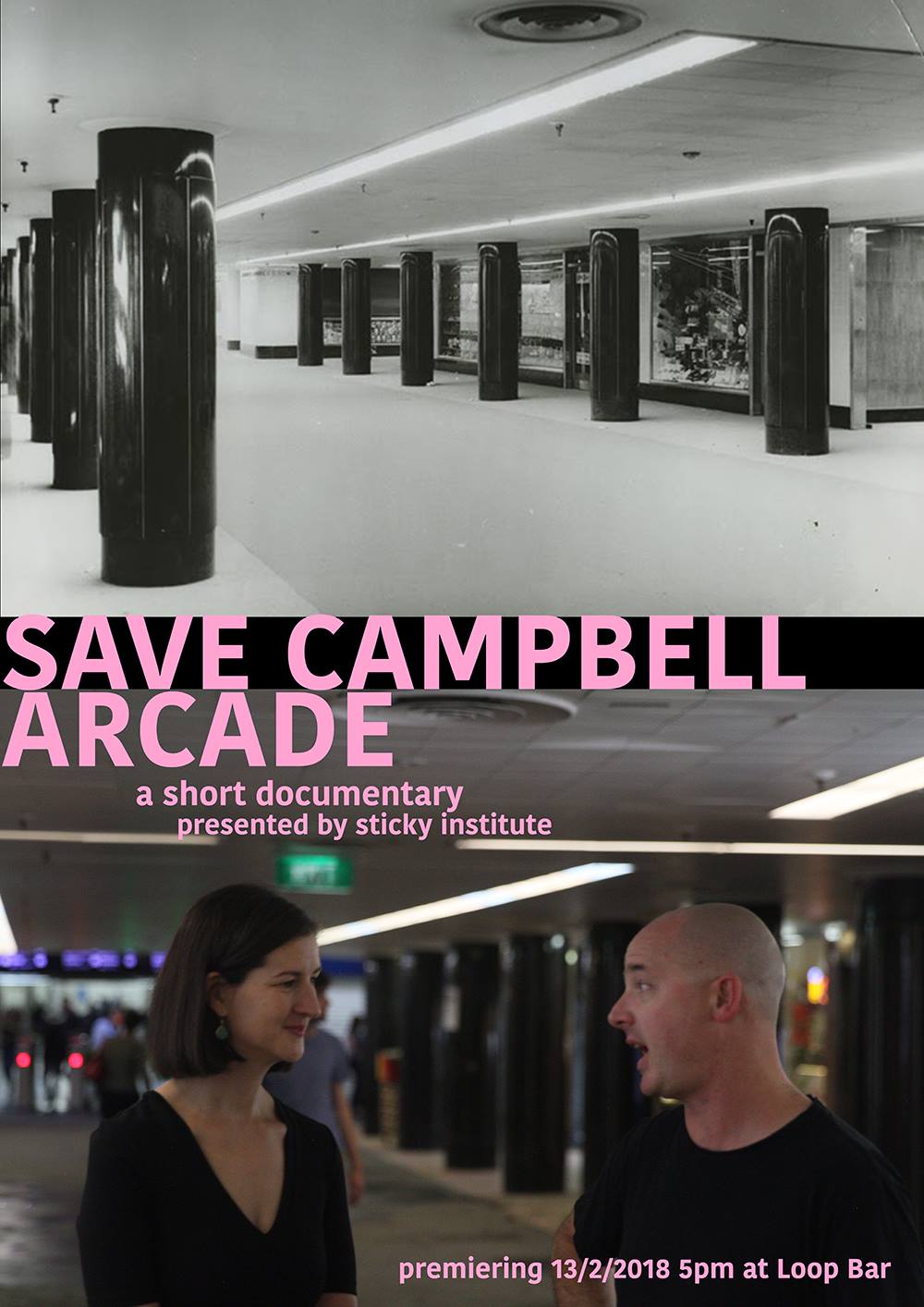 Save Campbell Arcade screening, Festival of the Photocopier 2018

Festival of the Photocopier 2018 (#FOTP2018) has been extended to Tuesday 13th March! This is to take in a screening of a short documentary made by Melbourne comics maker and film-maker David Mahler entitled ‘Save Campbell Arcade’.

The film looks at Metro Tunnel’s attempts to demolish parts of the Heritage Listed Campbell Arcade, including Sticky Institute, and the resistance and outrage the proposal is facing from the local community.

The film will be screened at Loop Bar, 23 Meyers Place, Melbourne on Tuesday 13.2.18 at 5pm. The screening will be followed by a question and answer session with David and assorted Sticky volunteers.