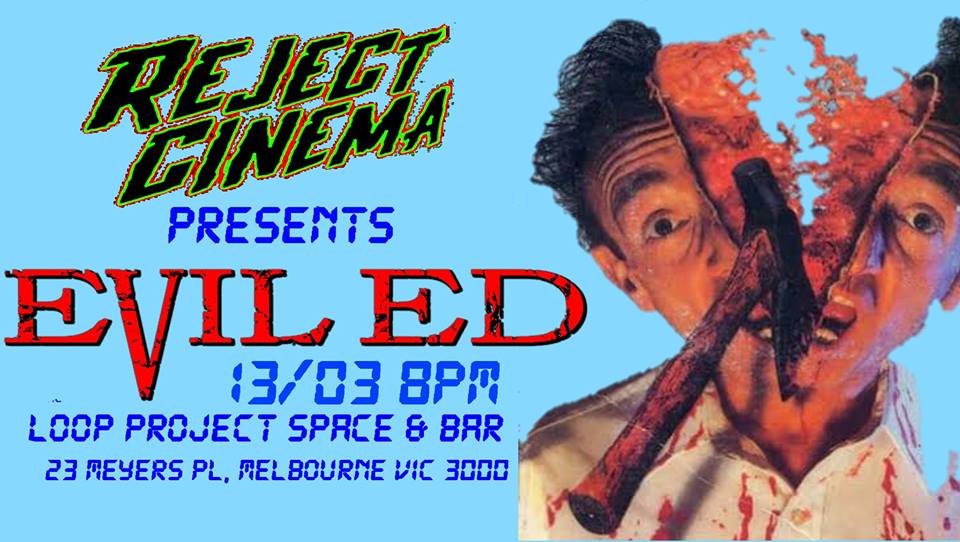 Reject Cinema Invites you for a trip to Sweden (Film is in English) with 95’s EVIL ED. Made as a fuck yeah to the Swedish film censorship board. Thing Berberian Sound Studio made by Peter Jackson if it was made about film editing.

PLOT: A mild-mannered film editor is assigned to cut a series of infamous slasher films and is driven murderously insane by the miles of extremely violent footage he edits.

Get in from 8PM to grab some drinks and secure a seat. Movie kicks off at 8:30PM and admission is free.