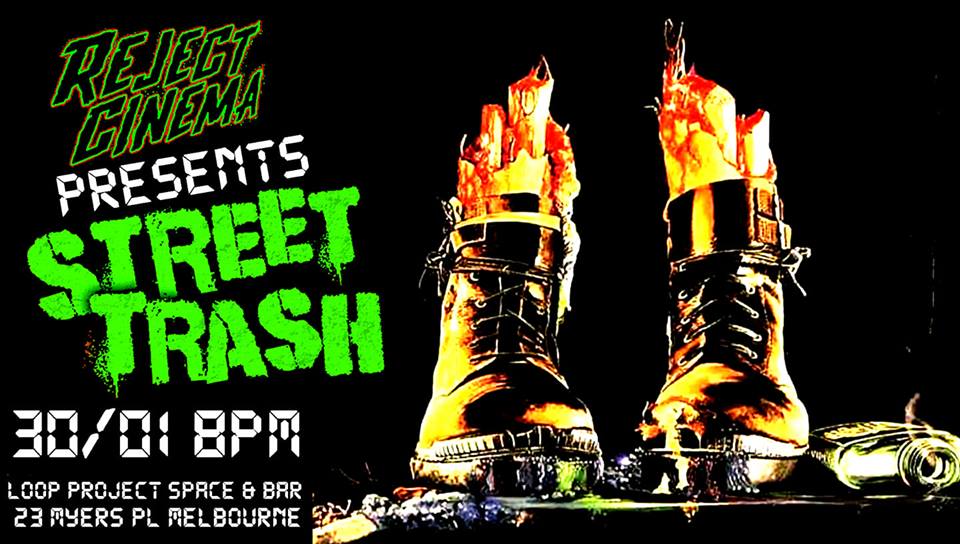 Reject Cinema invites you to the world of body melt films. Welcome to STREET TRASH!!!

When a liquor store owner finds a case of “Viper” in his cellar, he decides to sell it to the local hobos at one dollar a bottle, unaware of its true properties. The drinks causes its consumers to melt, very messily. Two homeless lads find themselves up against the effects of the toxic brew, as well as going head to head with “Bronson” a Vietnam vet with sociopathic tendencies, and the owner of the junkyard they live in.