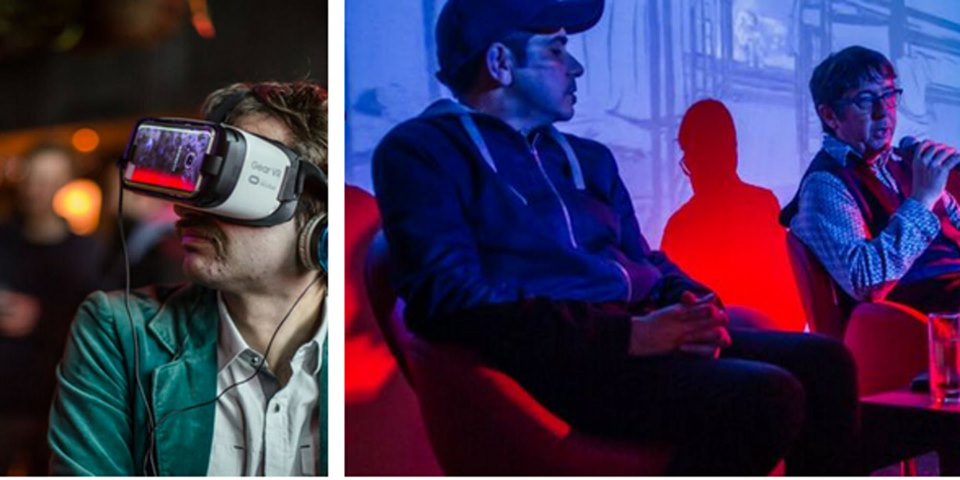 Real World VR is one of Melbourne’s flagship XR-VR/AR/MR events. The event showcases some of the most inspiring leaders working with new technologies in Australia. Real World VR will host an end of year party to celebrate the XR-VR/AR/MR industry, a night of talks, panels, virtual reality film demonstrations, networking & nibbles.

Nirma’s immersive work “Azimuth as a term is derived from the medieval Arabic meaning ‘the direction’ and denoting a measurement in a spherical system of 3D space. Azimuth suggests the virtual, 360 VR environment for which the concept will be designed. As a product of modernism, Brutalism is an architectural style with concrete as its main element. Concrete is not only the material, but it is also foregrounded aesthetically. The short film proposes imaging style and beauty in a Brutalist architecture and to fuse it with performances of fashion in order to propose an Afro-futurist identity,”

More speakers to be announced.

FREE ENTRY:
Must register as spaces are limited on Eventbrite:

Loop Project Space & Bar is a safe space and supports, not for profits, The arts, film, music and community. One of Melbourne’s most atmospheric and iconic venues with an exceptional menu, wine & cocktail list & a large range of craft beers.

We look forward to seeing you on the night.
Thank you