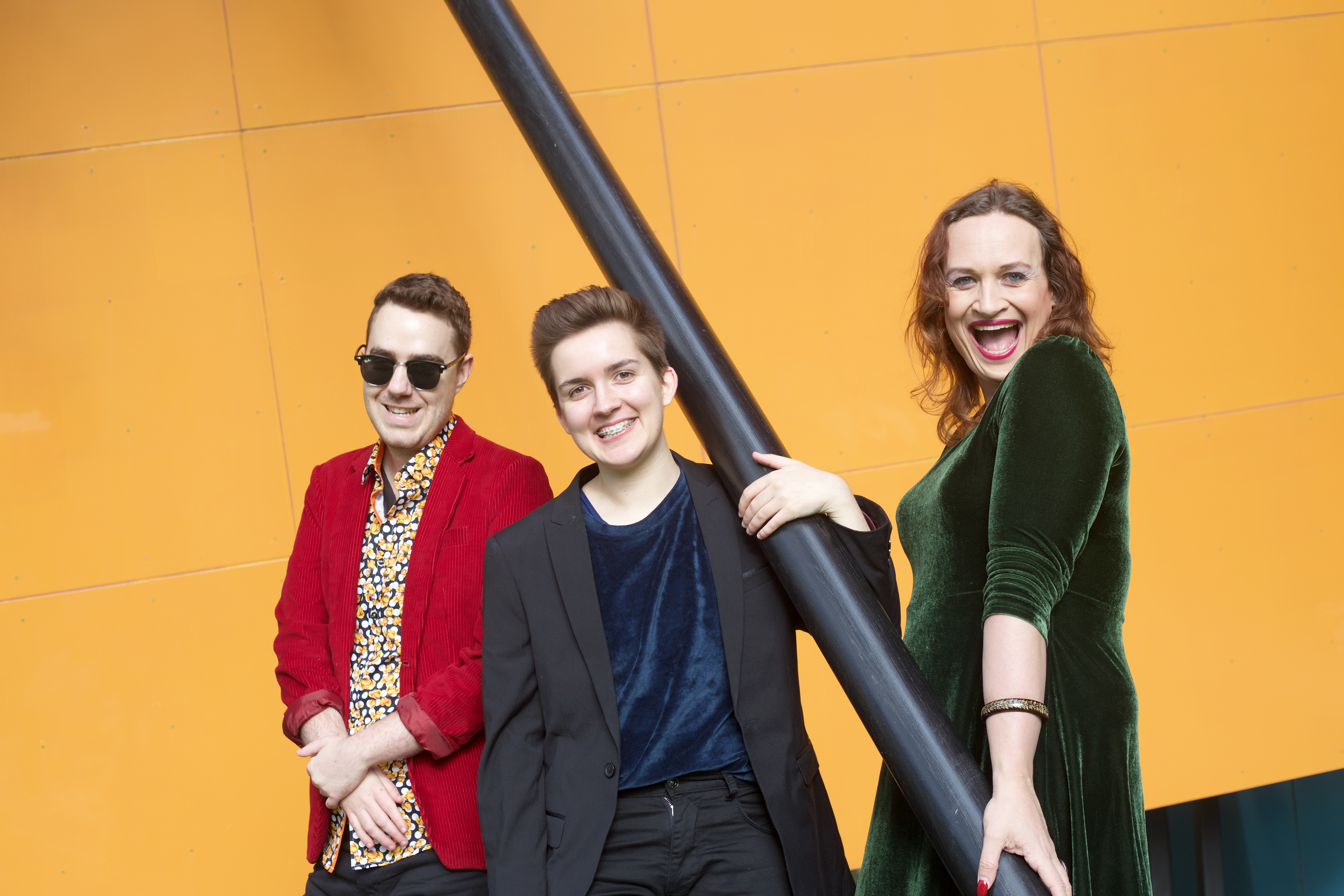 Alistair Baldwin is a comedian and improviser who has written for ABC TV’s Get Krack!n and The Weekly with Charlie Pickering. Bringing dark, deadpan absurdity to his stand-up, Alistair’s material touches on themes of having muscular dystrophy, graphic design, evolution, crime, Nigella, being gay and more.

Ace trans comedienne Nikki Viveca has been described as an ‘improvisation High Priestess and general comedy goddess’ (Theatre People). Whether she is spinning tales of magic (Completely Improvised Potter), sharing personal stories from unseen pockets of the LGBTQIA+ community (Asexual Healing) or revelling in her love of sloths (The Lazy Show), she presents comedy with a touch of glamour and a ton of goofiness.

Hannah Arbuthnott first began exploring comedy at the ripe old age of 15 and is now a regular on the Melbourne comedy circuit. With unique perspective and eccentric storytelling, this fast-rising star is a relatable, honest voice among queer performers. A three-time Class Clowns State Finalist and one-time RAW Comedy State Finalist, Hannah likes to tell people that enough state finals are basically equivalent to one national final. Which is true, because – maths.

Three Dollar Bill promises to bring relatability and absurdity in equal scoops for audiences, no matter how they identify.