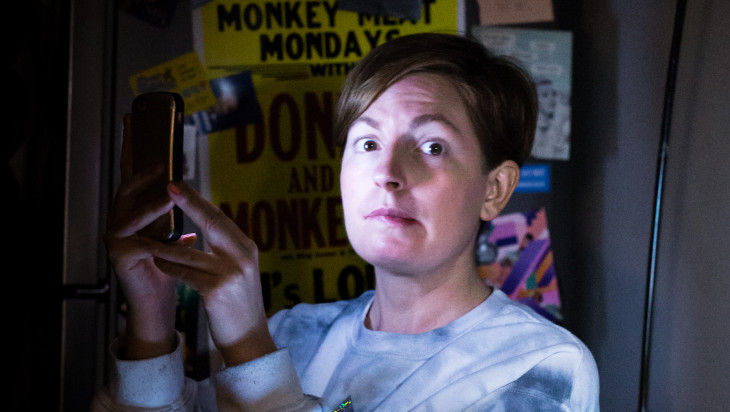 MICF- Sophia Stanley – 101 Texts Not to Send to Jarrod

Sophia Stanley – 101 Texts Not to Send to Jarrod

Dating is hard. Dating Jarod is harder. Dating Jarod after sending him 101 texts that you shouldn’t have, is almost impossible. Sophia Stanley’s debut show about love, communication and irritation is everything it’s cracked up to be. What critics are calling her best work yet. Seriously, what critics?

If you ever sent a text message only to wait by your phone checking the screen and reception quality nervously then you are on the same page. Come on down and watch Sophia masterfully make her way through the world of dating and ensure that no one is ever going to text her back by the time she makes it out the other side.

Dates vary, but isn’t that the whole point?

When Sophia isn’t sending inappropriate texts she is performing improv with her improv team Professionals Only, training at The Improv Conspiracy Theatre and getting up at any improv jam that will have her to make sweet sweet comedy with others.

Come support her as she branches out on her own. This is her first attempt at a one-woman show and she is determined to give it her best shot – plus she has read some wikihow articles about how to be a comedian so she’s pretty confident this is all going to work out well. She also did a great stand-up routine at her sister’s wedding that family members are still talking about.