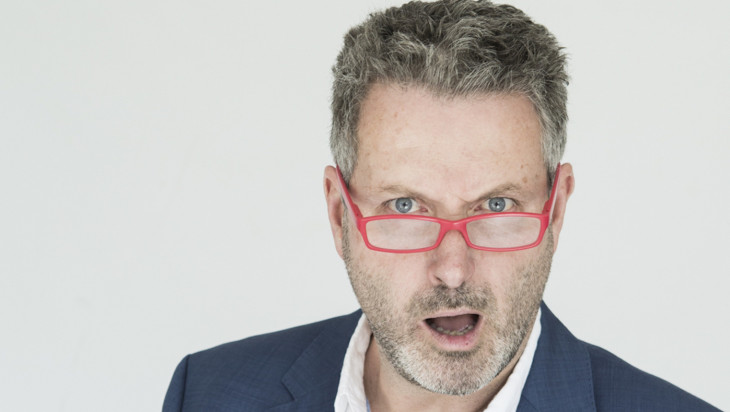 A slightly drunk TED talk. Who among us would be PM? No weekends, no job security, no… power. But now the position is permanently vacant, it’s time for someone to step up. Is that someone, Mark Swivel? Hmm. He’s obviously unfit for public office but that seems compulsory these days. Promising! Mark reminisces about his tragic efforts to engage with politics as a young man and the curse placed on Kathy Worthington who, when aged nine, everyone was sure she was going to be PM. Didn’t happen. Mark is determined to get this country to come together – everyone from the pearl divers of Broome to the beard oil wholesalers of Fitzroy! A tough gig. But, people of Austraya, you can do it! Join Mark as he launches his killer Ten Point Plan for A Country Worth Living In, using nothing but Venn diagrams and hula hoops. Fully costed and thought-through as anything in AusPol since Fightback. All funded by a flag tax. You might end up in his cabinet. Absurd, timely, oddly inspiring. Good to be with you!