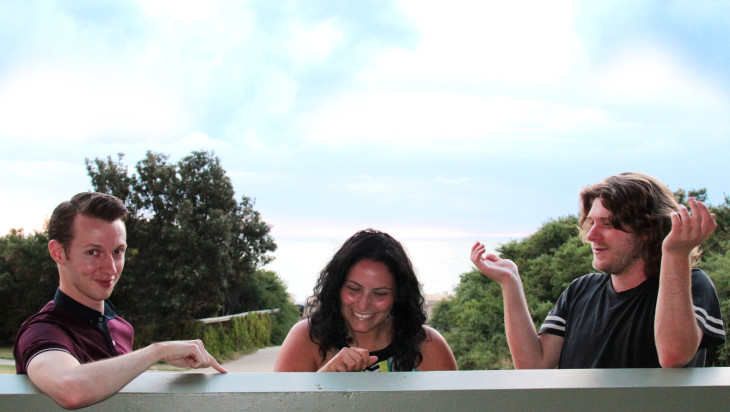 This unlikely and surprising friendship blossomed and was born of the comedy world, resulting in 50 minutes of pure hilarity with some of the best story telling, introspection, and social commentary.

Eli Landes has a lot of feelings and he’s wondering if this is normal. Digging into his own emotional landscape, his hilarious insight is raw and unravels with fluidity. Audiences can’t help but get swept up in this cathartic journey through family, school, love and other material probably best left to a trained physician.

Mimi Shaheen’s comedy has been described as ‘cutting edge’, as she mixes wit and charm while hysterically examining the pitfalls of life and cultural diversity. Her energy and impressions keep audiences captivated throughout her storytelling, as she expresses thoughts on friends, family and colleagues. Mimi was a state finalist in Melbourne’s RAW Comedy competition for 2017 and is a regular performer in the sold out United Nations Comedy Tour showcase at The Comic’s Lounge.

Simon Carter is at home on stage. His quirky, clever, creative premises capture the attention of the audience from the first sentence. Simon’s fearless, energetic presence on stage makes each of his performances unique. He will bring his experience as a two-time Gong Show winner to Melbourne International Comedy Festival for the first time.

Prepare to be drawn into each comedian’s thoughts as they unfold, and enjoy the ridiculously amusing notions these three come up with. You don’t want to miss this unique and eclectic mix of raw and honest humour!