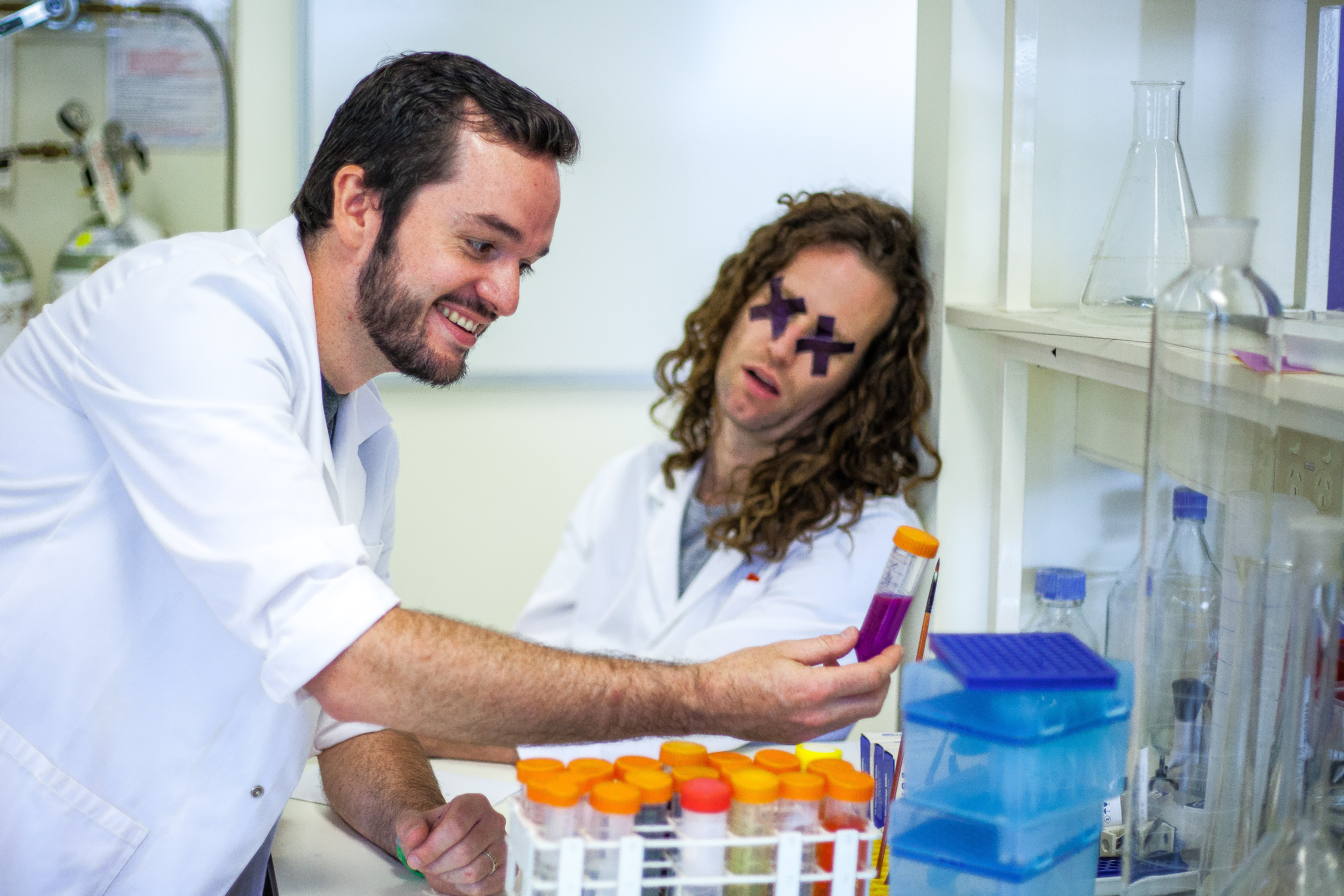 MICF – David Farmer & Jackson Voorhaar Why You’re Not Dead Yet

Returning after sell-out runs at the 2018 Melbourne International Comedy Festival and 2018 National Science Week, Why You’re Not Dead Yet is a comedy/infotainment/storytelling mash performed by David Farmer, a Scottish (but also Australian) neuroscientist and Jackson Voorhaar, a nine-time Melbourne International Comedy Festival and two-time Edinburgh Fringe comedy veteran..

The show consists of Dave giving a comedic informational talk, aimed at the layperson, on the subconscious functions of the brain stem – Dave’s particular area of expertise. This is the area of the brain that regulates things like your heart rate, your blood pressure and your breathing. Scientists that study fancy things like consciousness would call this ‘housekeeping’ but David calls it ‘why you are not dead just now’. All the while, this information is filtered through Jackson’s, non-scientific comedy mind to help disseminate the information to the layidiot.

…thanks for not laughing at ‘disseminate’.

David Farmer is a neuroscientist based at a research institute in Melbourne where, despite the fact that he still dresses like a 13 year-old, he is given free rein to explore his passion for neuroscience in something resembling a professional capacity.

He has also moonlighted (moonlit?) as a science communicator, an MC and an all-around irrepressible extrovert. He was shortlisted for the ABC’s Top 5 Under 40 (2017), occasionally appears on ABC Melbourne and ABC Sydney and was once interviewed by comedian Colin Lane on ‘Cup of Tea with Col’.

Jackson performed his first solo show at the 2011 Melbourne International Comedy Festival and Edinburgh Fringe to standing room only crowds. He has gone on to perform in three more countries, six more Melbourne International Comedy Festivals and another Edinburgh Fringe. He’s also written for three channel 31 shows and performed with Bill Bailey and Paul Foot. By turns silly, severe, sarcastic and self-deprecating, he certainly has the S’s covered.

‘Voorhaar is self-deprecating with spot-on comedic timing.’ The Pun

‘Jackson may not be able to play guitar but he certainly rocks.’ Herald Sun