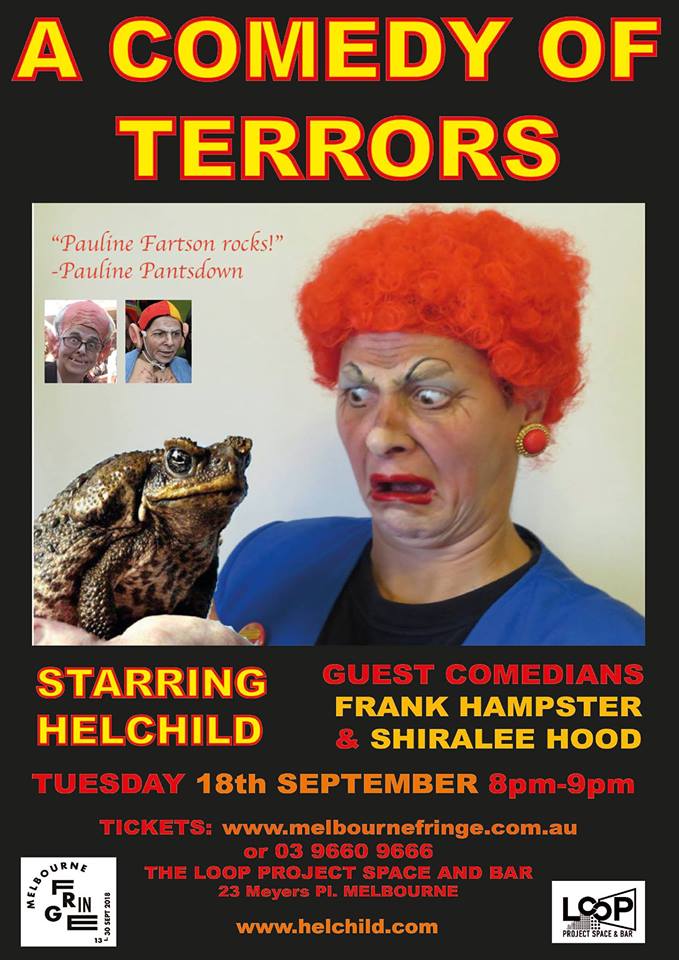 Will Australia be ruled by foreign lesbian cyborgs if we don’t act now?! A witty, cheeky multimedia parody about five powerful leaders and their intersecting destinies. Starring mercurial mimic Helchild… as all five! With special guest comedians Shiralee Hood and Frank Hampster.

An interactive multimedia video and live stand up show with interlinking characters, special guest comedians and lots of surprises.

Brace yourself for th

“Helchild is a brilliant and artful satirist who nails her characters to the floor. Pauline Fartson rocks!” – Pauline Pantsdown (Simon Hunt)

Welcome to the age of terror, and the war on braincells.  A witty, cheeky multimedia parody of five conservative leaders and their intersecting destinies. Written by and starring mercurial mimic Helchild… as all five!  A world premiere for one night only!

Brace yourself for the firebrand musings of QLD politician Pauline Fartson. Be enthralled by Mr. Turdbull’s mad magic show. Watch transfixed as Baloney Abbott launches Pauline’s new book with Bob the mad hatter. Experience a welcome to empire by Queen Hellizabeth. Be mesmerised by the political rants of US President Donald Blimp.