From humble beginnings in a Melbourne backyard, Boxwars is fast becoming a global infesting phenomenon. An ever expanding group of creative minds gather together to construct elaborate costumes, vehicles, armour and non-descript visual art all out of reclaimed cardboard. The simple cardboard box which many discard, is the greatest untapped resource in terrestrial knowledge, and it’s scientifically recyclable! A Boxwars event is a very energetic spectacle, full of overloading excitement mixed with a bit of adverse absurdity. The warriors of Boxwars have become famous infamously on the fields of war and within the bowels of the cardboard box forge. Boxwars can be found at most of Australia’s music festival either conducting brutally artistically fierce battles, or running pacifistic workshops of creativity goodness. Boxwars’ most famous event is it’s annual Boxing day event held in Melbourne, Australia. Warriors come from the world over to compete in the most prolific example of pointlessness yet conceived. More info can be found at ‘BOXWARS.COM’ 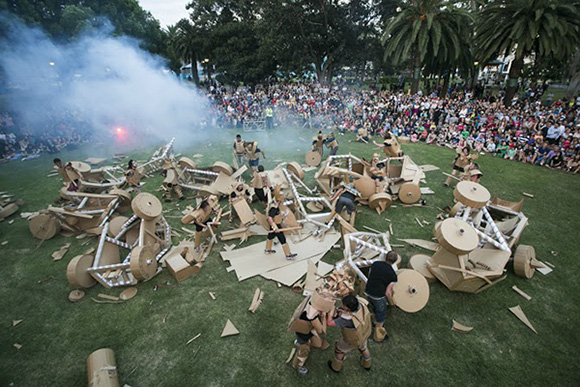 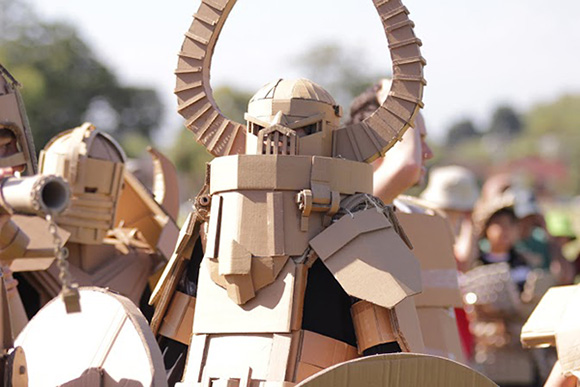