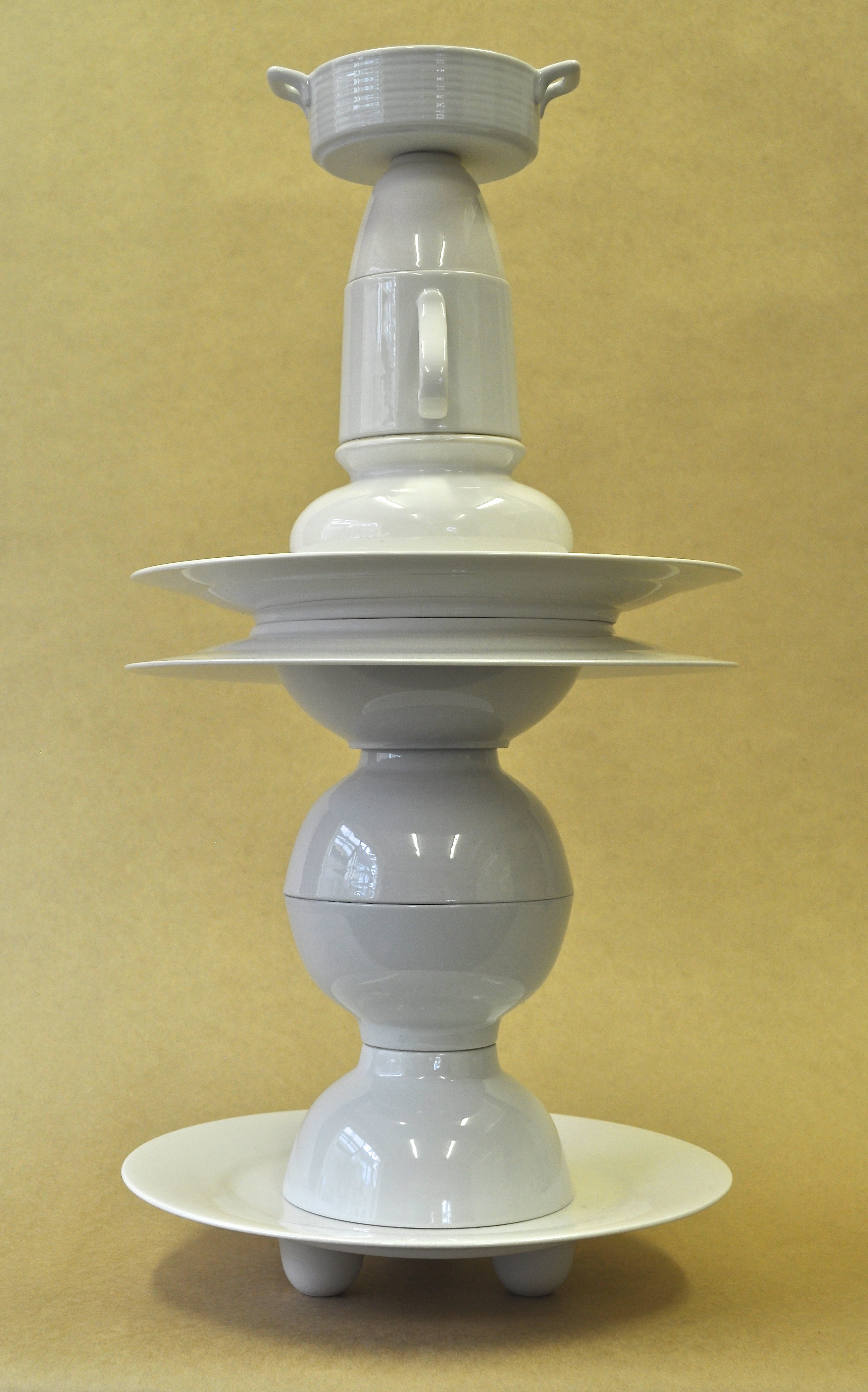 Tim Craker is a Melbourne painter, sculptor and installation-artist.

Tim Craker is a Melbourne artist with a long-held fascination for the Platonic solids (you know what they are!), and an obsession with pattern. In DISHRACK MISCHIEF, his first exhibition after four years living in Malaysia, he continues his winding path through the self-defined doctrine of DISUTILITARIANISM*, seeing where objects lead him, and exploring what might happen after lights-out in the kitchen…

Following an Honours Degree in Fine Art at RMIT (graduating in 1993) he has exhibited extensively in Melbourne in both group and solo shows.

Tim Craker’s earlier work was based on language and text – both its meaning and its appearance.

Tim held solo exhibitions Out of Print at Nellie Castan Gallery in 2004, and Transcript at Monash University’s Gippsland campus Switchback Gallery in 2005.

An artist’s residency in Malaysia in 2006 saw a significant change in direction in Tim Craker’s work, in both subject matter and materials. The residency led directly to the exhibition dot-net-dot-my in Melbourne in 2007, and to a touring exhibition dot-net-dot-au in Malaysia and Singapore in 2008. Both exhibitions were held jointly with Melbourne artist Louise Saxton. The touring exhibition was supported by the Australian High Commission in Kuala Lumpur.

Tim Craker was most recently represented by Jackman Gallery (www.jackmangallery.com.au). He has also been represented in Melbourne by Gallery 101 (2009) and Nellie Castan Gallery (2003 -2006), and in Sydney by Maunsell Wickes at Barry Stern Galleries (2004 – 2007).

After moving to Malaysia in 2012, Tim Craker has had solo exhibitions in the 2013 and 2014 George Town Festivals, has been commissioned to make several sculptures for the Tropical Spice Garden in Penang, and has been included in group exhibitions in George Town, Kuala Lumpur and Taiwan.

In Malaysia, Tim Craker established and managed an international artists’ residency called cherrycake studios, which opened in 2012 and closed at the end of 2015.

cherrycake studios provided accommodation and a studio to visiting artists for periods of a month or longer, for the purposes of art research, art-making, play, collaboration and social and artistic interaction.

Tim Craker returned to Melbourne to live at the beginning of 2016.