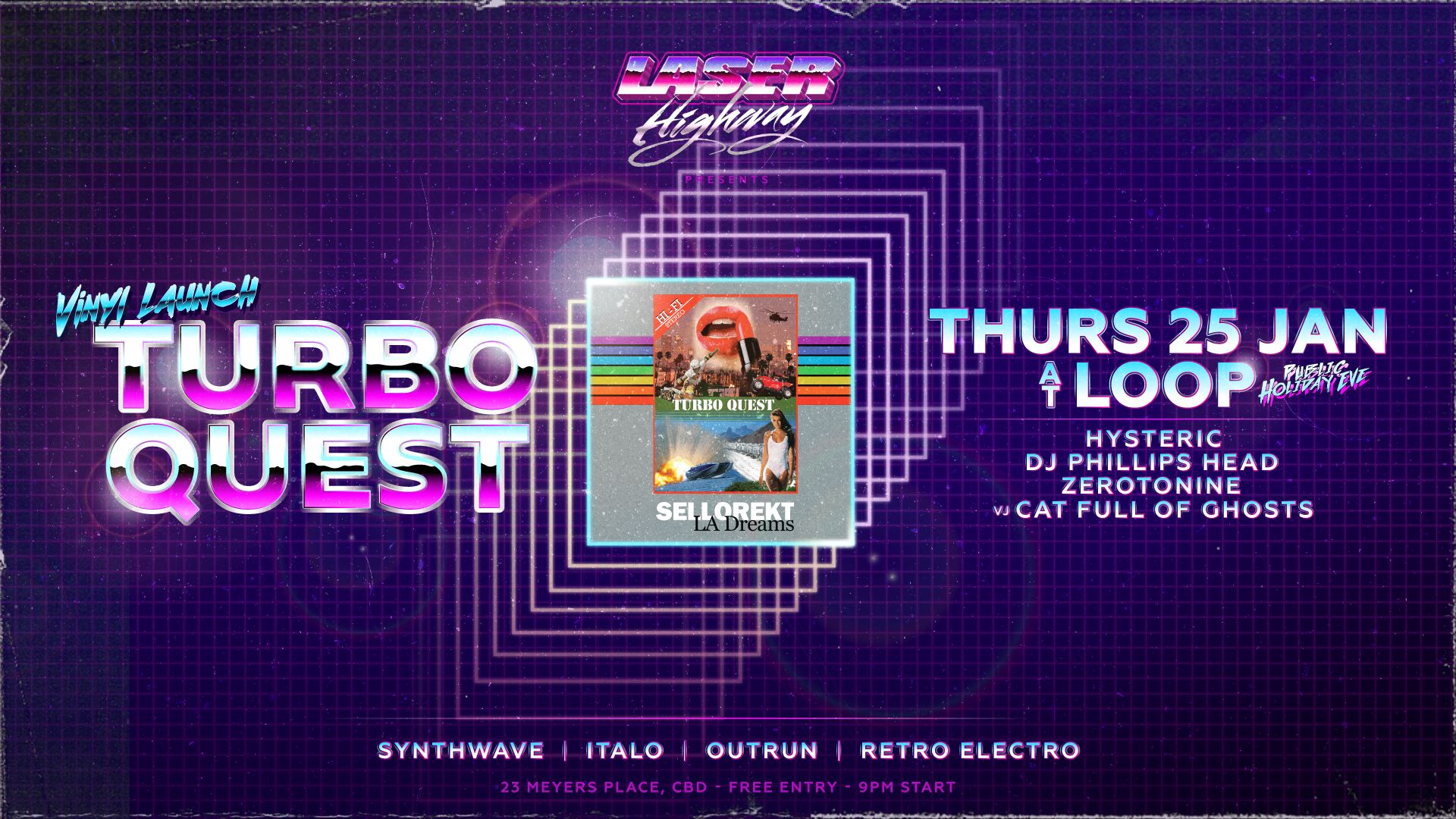 This month, we pay tribute to one of the hardest working people in synthwave, SelloRekT /LA Dreams, by hosting a vinyl launch event for his new compilation, ‘Turbo Quest”! Produced by Mothball Record with track selections from Zerotonine, what better way is there to celebrate than to feature long-form DJ sets by three super selectors focusing on filling the dancefloor and keeping it pounding ’til the early morn’!? We are undertaking this mission, nay, this QUEST to make sure your feet don’t stop moving until your heart gives out. Or, you know, when the venue closes. It’s also the day before a public holiday, so there’s even more excuse to come out due to the long weekend!

Following on from 2015’s “Dreamatic” EP by FM Attack is the belated next chapter in Mothball’s ‘Turbo’ series, dedicated to the best in contemporary synthwave. Sellorekt / LA Dreams is one of the most prolific and consistent artists in the genre, with a musical oeuvre spanning more than 30 albums. This 6 track EP has been carefully selected to make a thematically cohesive and exhilarating listening experience with maximum replay value.

DJ PHILLIPS HEAD
No ordinary screwdriver: enter the world of Phillips Head (real name Patrick Adams – not to be confused with legendary P&P/producer of the same name). Born and raised in Geelong eons ago but now (semi)-residing in Melbourne, P. Head thrives in working and utilising many wonders contained in the toolbox, a wide-spectre of sounds spanding across different magnitudes such as prog-rock, AOR, cosmic, electro, italo, boogie, new beat, minimal-synth, Chi-house, et al.

“[Phillips Head] is one tall drink of water, whose musical taste is as refreshing as the aforementioned beverage. Like water, his DJ’ing can change shape to fit into any environment. He can keep it icy cool or bring it to the boil. He’s also made up of roughly 60% water.” – Leo James.