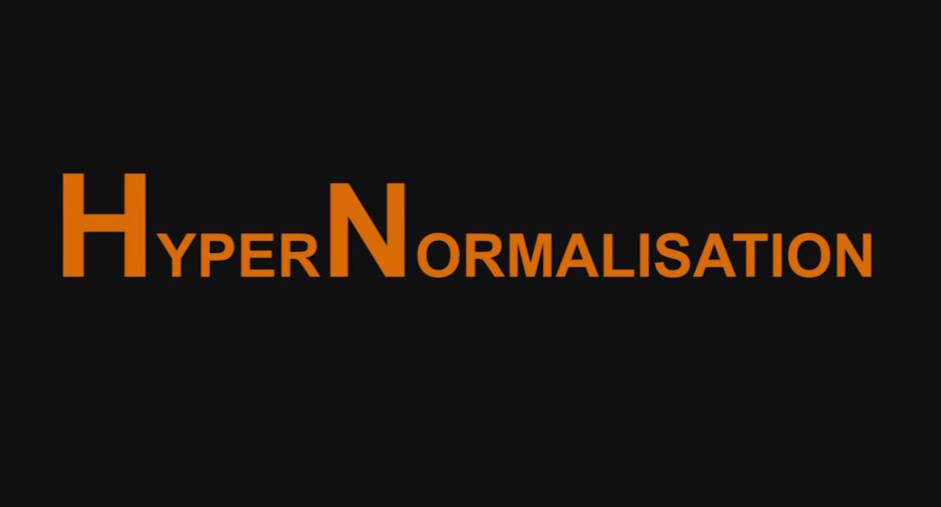 HyperNormalisation is the second film in a retrospective series dedicated to British filmmaker Adam Curtis. It argues that governments, financiers, and technological utopians have, since the 1970s, given up on the complex “real world” and built a simpler “fake world” run by corporations and kept stable by politicians.

The word hypernormalisation was coined by Alexei Yurchak, a professor of anthropology who was born in Leningrad and later went to teach in the United States. He introduced the word in his book Everything Was Forever, Until It Was No More: The Last Soviet Generation (2006), which describes paradoxes of life in the Soviet Union during the 1970s and 1980s. He says that everyone in the Soviet Union knew the system was failing, but no one could imagine an alternative to the status quo, and politicians and citizens alike were resigned to maintaining the pretense of a functioning society. Over time, this delusion became a self-fulfilling prophecy and the fakeness was accepted by everyone as real, an effect that Yurchak termed hypernormalisation.