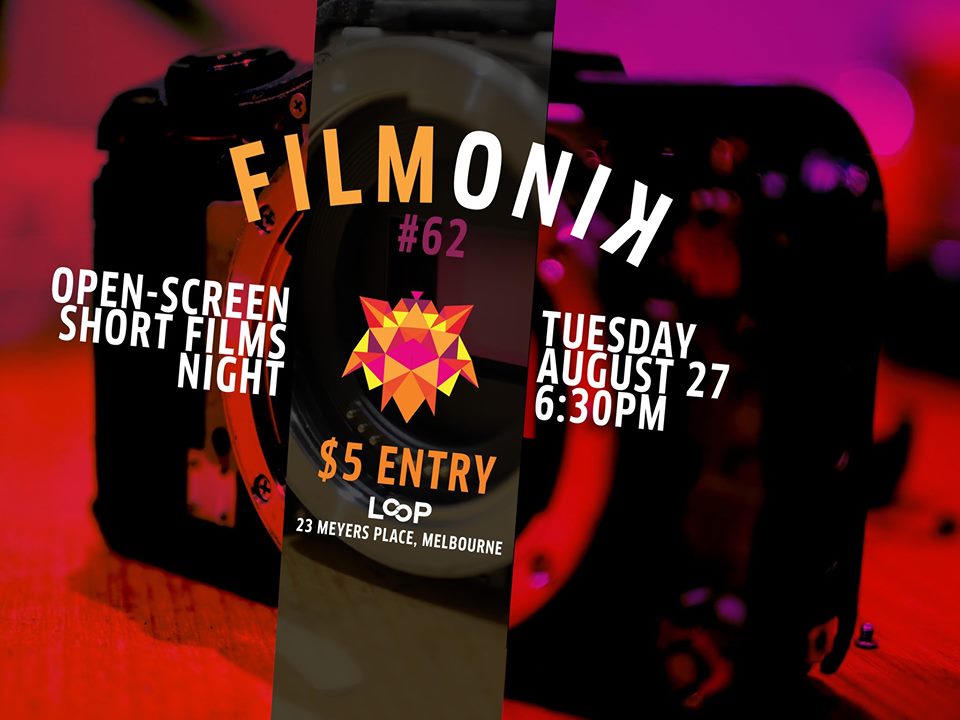 Bring-Your-Own-Short-Film. Filmonik has been Open-Mic/Open-Screen/Bring-Your-Film since 2013 and it’s only getting better with heaps of filmmakers reliably creating and screening the best and most spontaneous short films around. It’s non-commercial, non-competitive with an audience hungry for creative, entertaining, artistic, under-5-minute videos made by established or up-and-coming filmmakers. Expect comedies, drama, suspense, animation, docos, experimental, trash, action, and everything in between in generally equal doses.

$5 ENTRY, still CASH ONLY for now.

Filmmakers: It’s open-screen; bring on a USB drive your most recent film with a running time of 5-6 min and under and we’ll screen it. Spontaneously submitted short films of any genre and of all filmmaking levels have been creating awesome and balanced screenings for the public. A quick QA with Iphy the host follows each film. Organize your own premiere with us or run a cheeky pre-premiere of your festival film to get feedback without the hassle of submitting, paying huge entry fees and waiting. You can read the guidelines here: http://filmonik.com.au/how-to-screen/ and please ensure you have the necessary music rights or contact us if you need help in finding Creative Commons music that can fit your production.