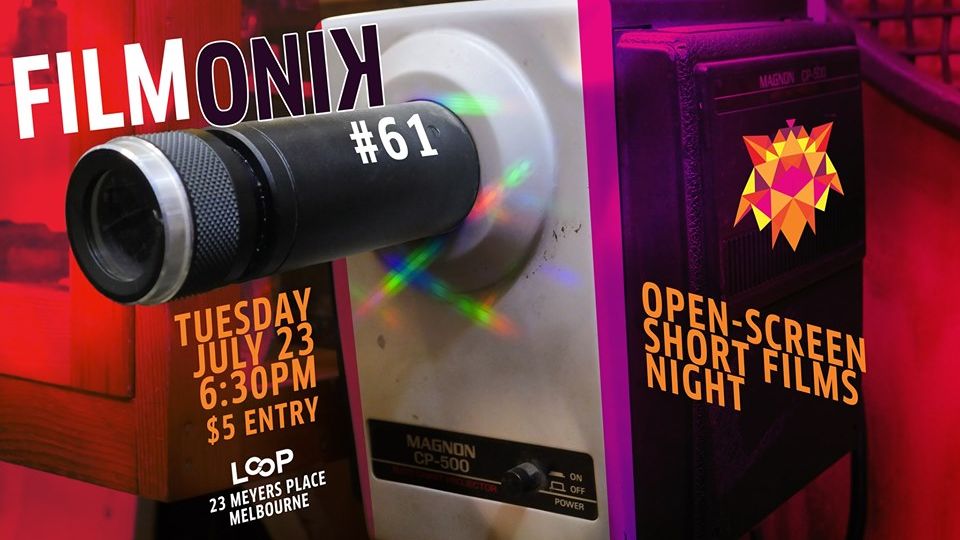 Keeping our creative juices flowing throughout the year, Filmonik is back in July and is about non-commercial, non-competitive short filmmaking with an audience hungry for fresh creative shorts from up-and-coming and established filmmakers. Chat with the film artisans, drink a few pints and party in a laid back bar environment. Expect comedies, drama, horror, visual arts, docos, animations, action, and everything in between in equal doses.

5$ ENTRY, still CASH ONLY for now.

Filmmakers: It’s open-screen; bring on a USB drive your most recent film with a running time of 6 min and under and we’ll screen it. Spontaneously submitted short films of any genre and of all filmmaking levels have been creating awesome and balanced screenings for the public for a while now. A quick QA with Iphy the host follows each film. Organize your own premiere with us or run a sneaky pre-premiere of your festival film to get feedback without the hassle of submitting, paying huge entry fees and waiting. You can read the guidelines here: http://filmonik.com.au/how-to-screen/ and make sure you have the required clearances for a public screening.