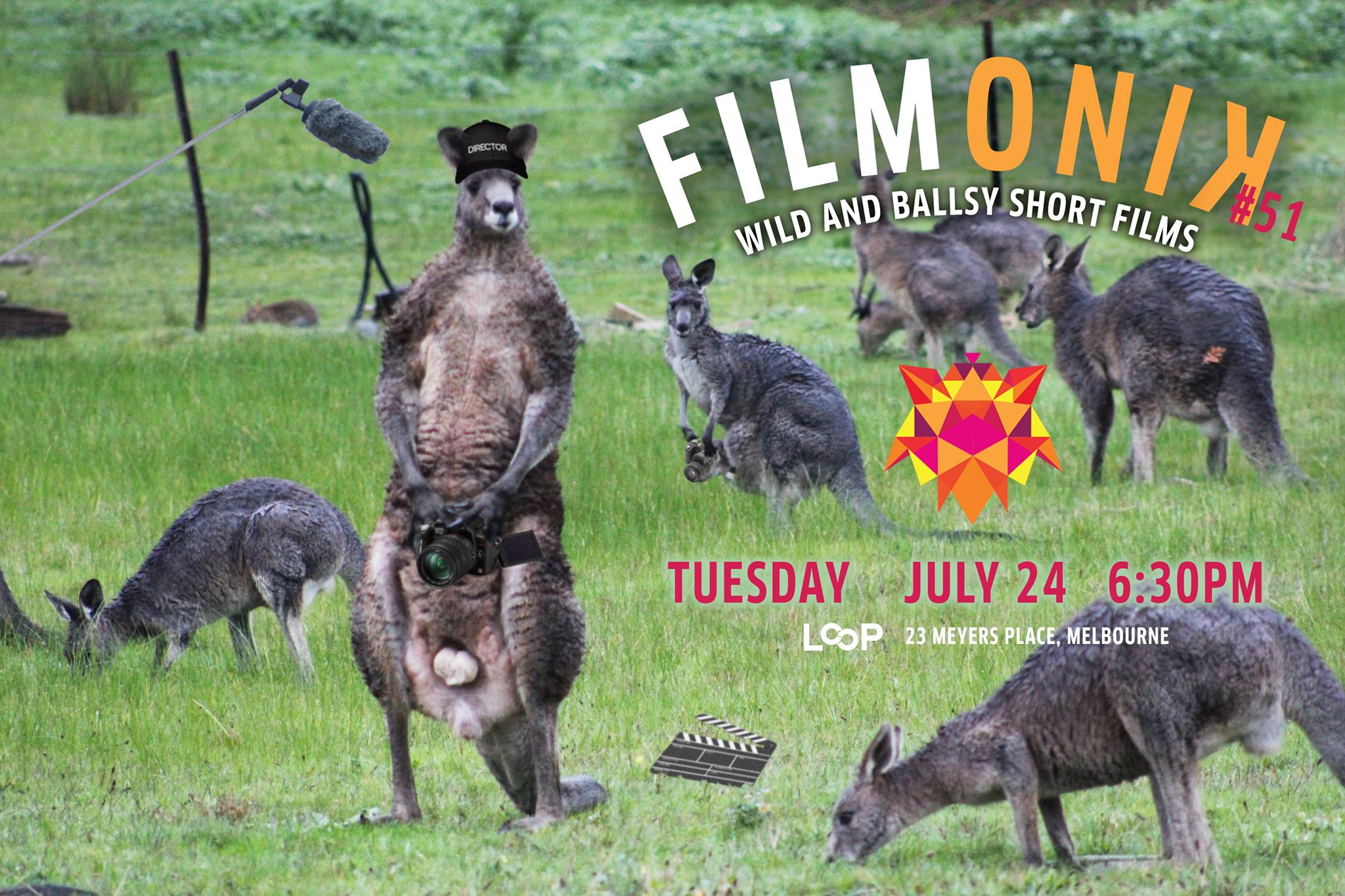 Fresh out of our 50th screening it’s already time to think about Filmonik #51. Answer the wild call and your true creative nature and produce new short films. Anyone in the fauna of filmmaking can be part of Filmonik. Short film lovers get to discover new short films for free on a big screen in the CBD on a Void sound system, chat with filmmakers, drink a few pints and party in a laid back bar environment. As a filmmaker you can show up on the night with your newest 6 minute or less film on a USB drive and it will get screened. Organize your own premiere with us or run your festival film without the hassle of submitting, paying entry fees and waiting. Spontaneously submitted short films of any genre and of all filmmaking levels create surprisingly awesome and balanced screenings for the public and for the filmmakers who climb on stage after their film for a quick QA with Iphy the host. You have a good chance to see comedies, horror, drama, visual experimentation, docos, animations, action, and everything in between in equal doses.

Filmonik is about non-commercial, non-competitive short filmmaking. You can read the film guidelines here: http://filmonik.com.au/how-to-screen/. Filmonik is part of the worldwide Kino movement active in more than 70 cities around the world (http://www.planetekino.com/). Expect to see one guest film from one of the sister Kino cells.