Every Why down in Why-ville liked Christmas a lot – FREE 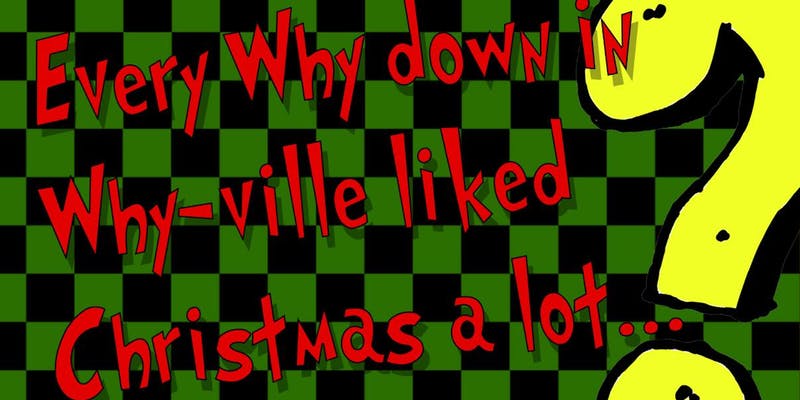 Every Why down in Why-ville liked Christmas a lot

Why-ville was an online community in the pre-Myspace era. A cyber village home to millions of Why-villians, Why-ville was an innovative social platform offering refuge for countless netizens.

In 2019 Why-ville is the imagined space of community celebration and reflection where we ask “why?” Christmas has become such a gruelling social experiment for many. Considering the capital forces that determine it’s commercial and emotional power we ask artists to reflect on how to steal Christmas.

In addition to a film/performance program, Loop will foster and encourage a gift exchange that avoids capital expenditure, focusing on a meaningful trade of ideas and objects as an alternative for giving at Christmas.

Jo Pugh
Jo Pugh is a Fijian-Indian writer, editor and artist based in Naarm Melbourne. Their work explores and centres queerness, brownness and marginalisation and has appeared in Visible Ink and the Where Are You From? project. They are a recipient of SEVENTH Gallery’s Emerging Writers Program and the Assistant Editor of un Magazine. Jo exhibited work at Brunswick Street Gallery and Tinning Street Studios this year.

Curated by Dead End Film Festival. DEFF presents an annual program that emphasises resourceful filmmaking, performance and installation from local and international artists. Dead End is both an annual short film festival and a monthly platform for alternative modes of storytelling in various mediums.

Part of the City Of Melbourne Christmas Festival, presented by LOOP.