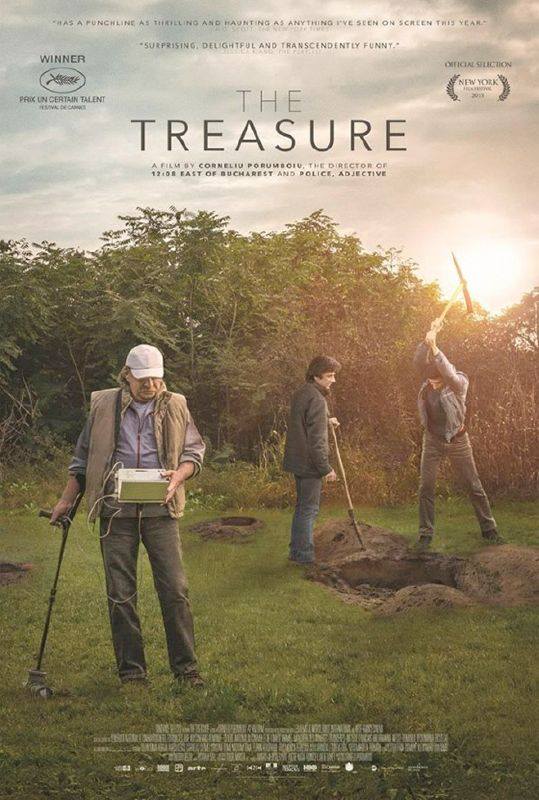 A hunt for a buried treasure sends two men on a surprising comic caper in this Cannes prize-winning charmer from acclaimed director Corneliu Porumboiu (Police, Adjective; 12:08 East of Bucharest). Costi (Cuzin Toma) is a workaday family man whose cash-strapped next-door neighbour (Adrian Purcarescu) makes him an intriguing proposition: help him find the fortune reportedly buried somewhere on the grounds of his family’s country home and split the profits. But as the two men dig, they unearth more than they bargained for. Part modern day fable, part profound social commentary, The Treasure confirms Porumboiu’s status (previously seen at Euraw Stories in 2016 with East of Bucharest) as “one of our great contemporary observers of the human comedy” (Variety).

Tickets are $15 for a single screening, $24 for three screenings or $65 for a full season. Passes can be purchased on the door or are available through our website:
http://www.euraw.com.au/movie-passes/