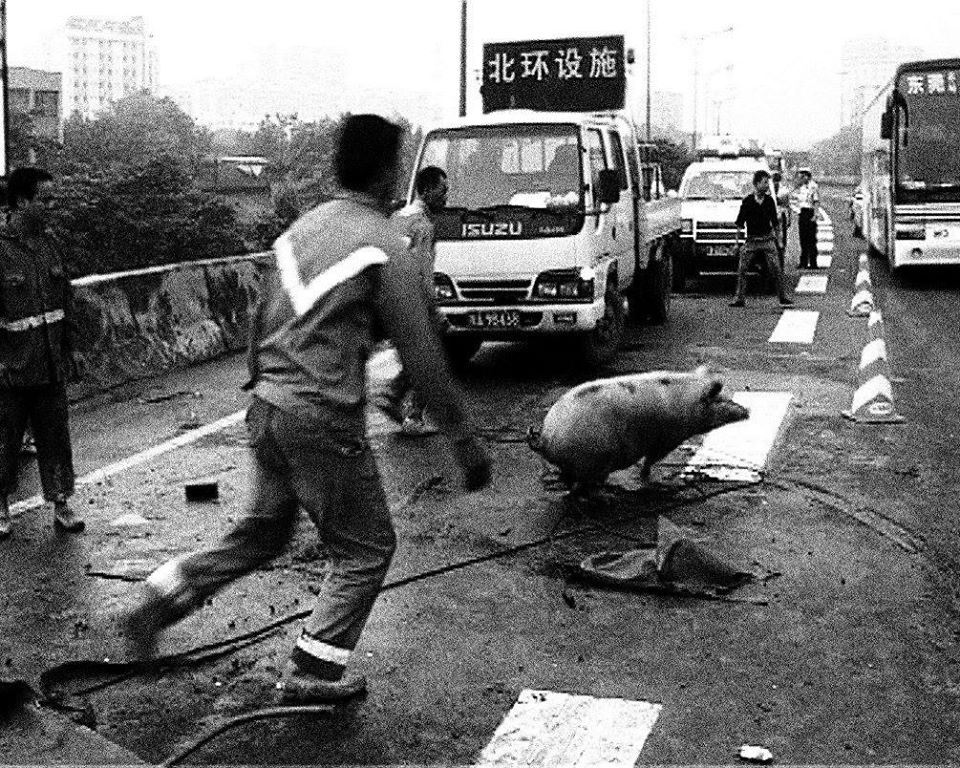 Huang Weikai’s one-of-a-kind news documentary captures, with remarkable freedom, the anarchy, violence, and seething anxiety animating China’s major cities today. As urbanisation in China advances at a breakneck pace, there are cities teetering on the brink of mayhem. One man dances in the middle of traffic while another attempts to jump from a bridge before dozens of onlookers. Pigs run wild on a highway while dignitaries swim in a polluted river. Censored from China’s state controlled television networks, Disorder reveals an emerging underground media, one that has the potential to truly capture the ground-level upheaval of Chinese society.

Huang Weikai collects footage from a dozen amateur videographers and weaves them into a unique symphony of urban social dysfunction. Huang shatters and reconstructs a world that’s barely comprehensible, though with palpable energy – vibrant, dangerous, and terrifying.