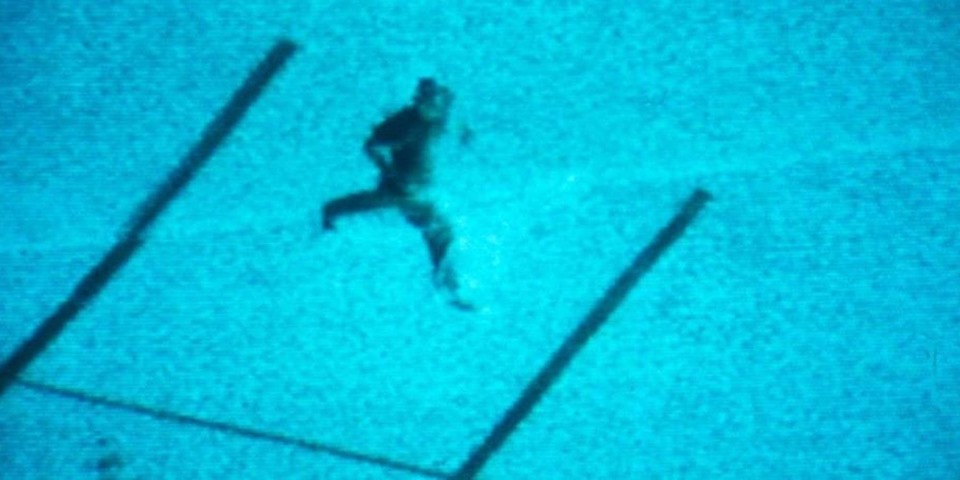 In Order Not To Be Here (2003)
An uncompromising look at the ways privacy, safety, convenience and surveillance determine our environment. Shot entirely at night, the film confronts the hermetic nature of white-collar communities, dissecting the fear behind contemporary suburban design. An isolation-based fear (protect us from people not like us). A fear of irregularity (eat at McDonalds, you know what to expect). A fear of thought (turn on the television). A fear of self (don’t stop moving). By examining evacuated suburban and corporate landscapes, the film reveals a peculiarly 21st Century hollowness… an emptiness born of our collective faith in safety and technology. This is a new genre of a horror movie, attempting suburban locations as states of mind.
Original electronic music by Kevin Drumm.

Hacked Circuit (2014)
A single-shot, choreographed portrait of the Foley* process, revealing multiple layers of fabrication and imposition. The circular camera path moves inside and back out of a Foley stage in Burbank, California. While portraying sound artists at work, typically invisible support mechanisms of filmmaking are exposed, as are, by extension and quotation, governmental violations of individual privacy.

The scene being foleyed is the final sequence from The Conversation, where Gene Hackman’s character Harry Caul tears apart his room searching for a ‘bug’ that he suspects has been covertly planted. The look of Caul’s apartment as he tears it apart mirrors the visual chaos of the Foley stage. This mirroring is also evident in the dual portraits of sonic espionage expert Caul and Foley artist Gregg Barbanell, for whom professionalism is marked by an invisibility of craft. And in the doubling produced by Hackman’s second appearance as a surveillance hack, twenty-four years later in Enemy of the State.

In Order Not To Be Here (2003)
dir. Deborah Stratman
33 minutes
USA
English language / No subtitles