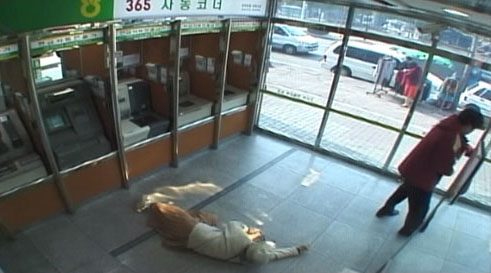 To celebrate Bong Joon-ho’s Palme d’Or at the 2019 Cannes Film Festival we are presenting two earlier short films by the director.

Influenza (2004)
The film starts with a man named Cho Hyuk-rae who has perched dangerously on top of the Han River Bridge. It is a sad picture of a man who has been caught unwittingly on a security camera. The camera continues to reveal the downward spiral of Cho and those of us who surround him. The ‘real’ images shown through the camera keep on becoming more ‘corrupted’ as time goes by.

Spots are limited, please only register if you can make it thank you.