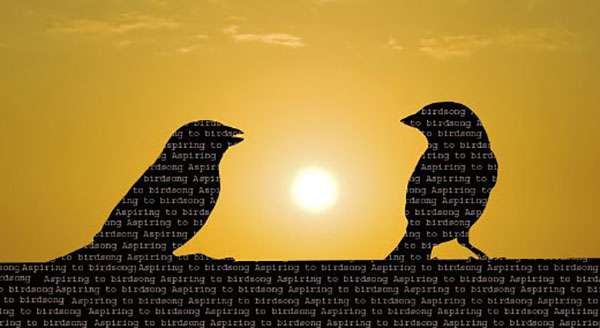 Aspiring to Birdsong – Melbourne Spoken Word & Poetry Festival
If poetry was a postage stamp then this event would be the serrated (and cutting) edge. (But also a connection to the “rest”).

Exploring experimental and soundpoetry as a current practice, with a glance back at the past, and its origins. Revisiting women poets in the Beat Era, recapturing a more essential form of language, before communication became stereotyped into words, when the voice was richer in vibrations, more mightily physical, reconstituting works by Hugo Ball (no recordings exist of the sound poems performed here by a wonderful array of different poets), and many other surprising events.

ANNA FERN
Anna Fern’s poetry is a hybrid of spoken word, sound and song. She’s won the Doris Leadbetter Melbourne Poetry Cup and been a guest at many venues, including Woodford Folk Festival (Qld). Her work has appeared in Unusual Work, Rabbit, Best Australian Poems and Voiceprints. She’s run La Mama Poetica, and currently helps out with the Citizens Circus.

EDDY BURGER
Eddy Burger is a writer of funny, weird and experimental performance poetry, page poetry, visual poetry, fiction and plays. He is an anti-realist, absurdist and champion of the imagination. His work has been published in numerous anthologies and journals locally and overseas, as well as in his chapbooksFunny & Strange and Impressions of me, and in his self-published zines. He has been a regular feature of the spoken word stage for 25 years and is a past winner of the Melbourne Fringe Spoken Word Award.

JELTJE FANOY
Jeltje Fanoy (jeltje) has been involved with poetry small presses in Melbourne since the 1970s, and she remains insistent about both the importance of live poetry and the possibilities of how performative work can be reproduced, in evocative ways, on the page. For MSWPF she’ll be performing from (written) poetry scores of women poets from the BEAT era, together with the improvising group UQ.