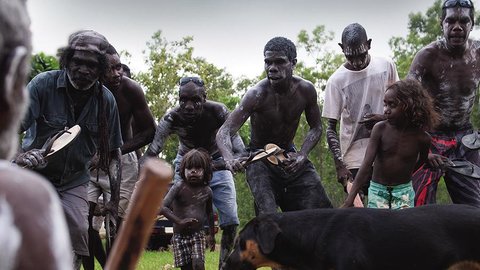 Molly Reynolds’ second feature documentary is a film that considers, from the inside, the ramifications of one culture being dominated by another. The enigmatic David Gulpilil tells the tale of his community of Ramingining, a story of what happened when his people’s way of life was interrupted by colonisation. This film is the documentary companion to Rolf de Heer’s 2015 feature narrative Charlie’s Country.

Spots are limited, please only register if you can make it thank you.